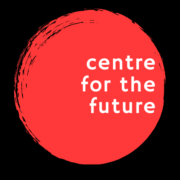 THE CENTRE FOR THE FUTURE

DEFINE, DESIGN & CURATE WORLD-SYSTEMS
WHERE THE TRUEST EXPRESSIONS OF WHAT IT MEANS TO BE
HUMAN CAN BE REALISED

Improving the health and well-being of more people.
Greater empathy, cooperation and peaceful existence.
A society that remains aesthetically and culturally diverse.
A planet containing sufficient natural resources for all our needs.

THE NATURE OF OUR INQUIRY

We hope to evolve the human story by re-examining some of our most life-critical systems within and across six theatres of human activity.

We believe our process of forensic analysis, informing deep design from first principles, must eventually lead to wiser action.

Arising from our initial fundamental question, four additional queries inform all of our analysis and design…

What does it mean to be human in the Anthropcene age?

What will it take for humanity to evolve to new levels of consciousness?

How can we expedite our capacity to reach for this threshold faster?

What narratives best express the future of the human condition?

A Story of Desire and Consumption

Successive generations consciously shaped the world we live in today. Central to modern civilisation is a story of spectacular achievements and creative ingenuity. It is also a story of hubris and avarice, leading to possible extinction.

In 1945 the planet felt empty. Only 2 billion humans inhabited Earth. In the space of 75 years the population burgeoned to over 7 billion people – all seeking a better quality of life under the auspices of market capitalism. Unimaginable stress was put on those systems essential for our mutual well-being and prosperity. Not designed to cope with such numbers they began to fail. But we barely noticed, distracted by our newly-acquired wealth and seduced by the power that wealth brings.

Unaware of any potential consequences we were urged to follow the credo of economic growth. And we did – buying new goods and seeking novelty as though our lives depended on it. Our addiction became pervasive. We casually threw away stuff as easy credit and inbuilt obsolescence conspired to replace the old with the new. Materialism became a global faith.

But then things started to go wrong. Aided and abetted by corporate media’s ability to generate indignation and outrage we found an easy target for our anger. We began to blame others for our predicament. Perhaps they did not look like us. Possibly they prayed to different gods, or just spoke an unfamiliar language. But the insidious nature of hate became socially corrosive. Fear turned to apprehension in the minds of individuals. Anxiety and depression quickly followed. Eager to hide our mental fragility we resorted to medication, junk food, alcohol and financial credit. We tried everything. Nothing made us happy. Suicide rates continued to climb.

The illusion was perpetuated through marketing manipulation. Our apprehension, envy and anxiety could be cured, we were told, just by consuming more and more stuff. Wealth would make us happy again. Happier than before. The reality was that spending only led to increased pressure on the systems that were now in a state of collapse.

Thus, the cycle of desire and consumption was born. It still intoxicates the human mind and deceives us into believing that materialism is a solution. It is the problem and there is no solution in sight.

“People in Eastern Congo are massacred to facilitate smart phone upgrades of ever diminishing marginal utility. Forests are felled to make personalized heart-shaped wooden cheese board sets. This is pthological consumption – a world-consuming epidemic of collective madness, rendered so normal by advertising and the media that we scarcely notice what has happened to us”

“All over the place, from the popular culture to the propaganda system, there is constant pressure to make people feel that they are helpless, that the only role they can have is to ratify decisions and to consume”.

“Climate change is a battle between capitalism and the planet. Our commitment to perpetual growth is incompatible with planetary limits”

Copyright © 2019. All Right Reserved. Centre For The Future.